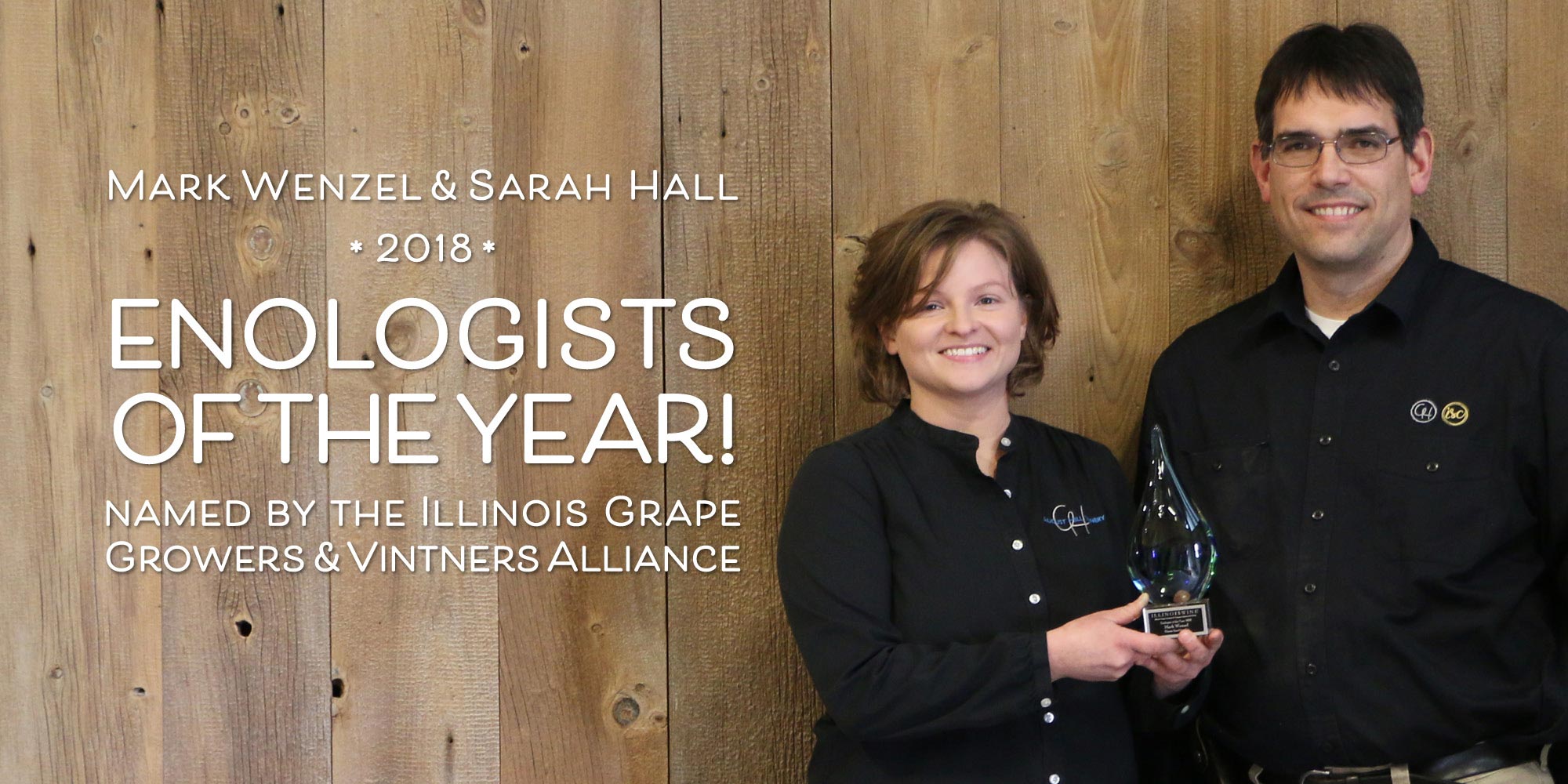 Let’s hear it for our winemaking team, Mark Wenzel and Sarah Hall, who were recently awarded the 2018 “Enologists of the Year” trophy from the Illinois Grape Growers & Vintners Alliance. This special award, also called the Winemaker of the Year, recognizes a winemaker(s) who is creating exceptional Illinois wines.

Mark Wenzel owns August Hill & Illinois Sparkling Co. with his wine Teri. Mark is also the head winemaker. Sarah Hall is the assistant winemaker. This is the third time that we have received this prestigious award; Mark received the award in 2013 and 2014.

This winemaking team was nominated by their peers because of their innovation and leadership in Illinois and their great passion for making great wines using Illinois grapes.

The August Hill & ISC winemaking team received numerous medals and awards in 2018, including two “Best of Show” trophies and a Jefferson Cup trophy.