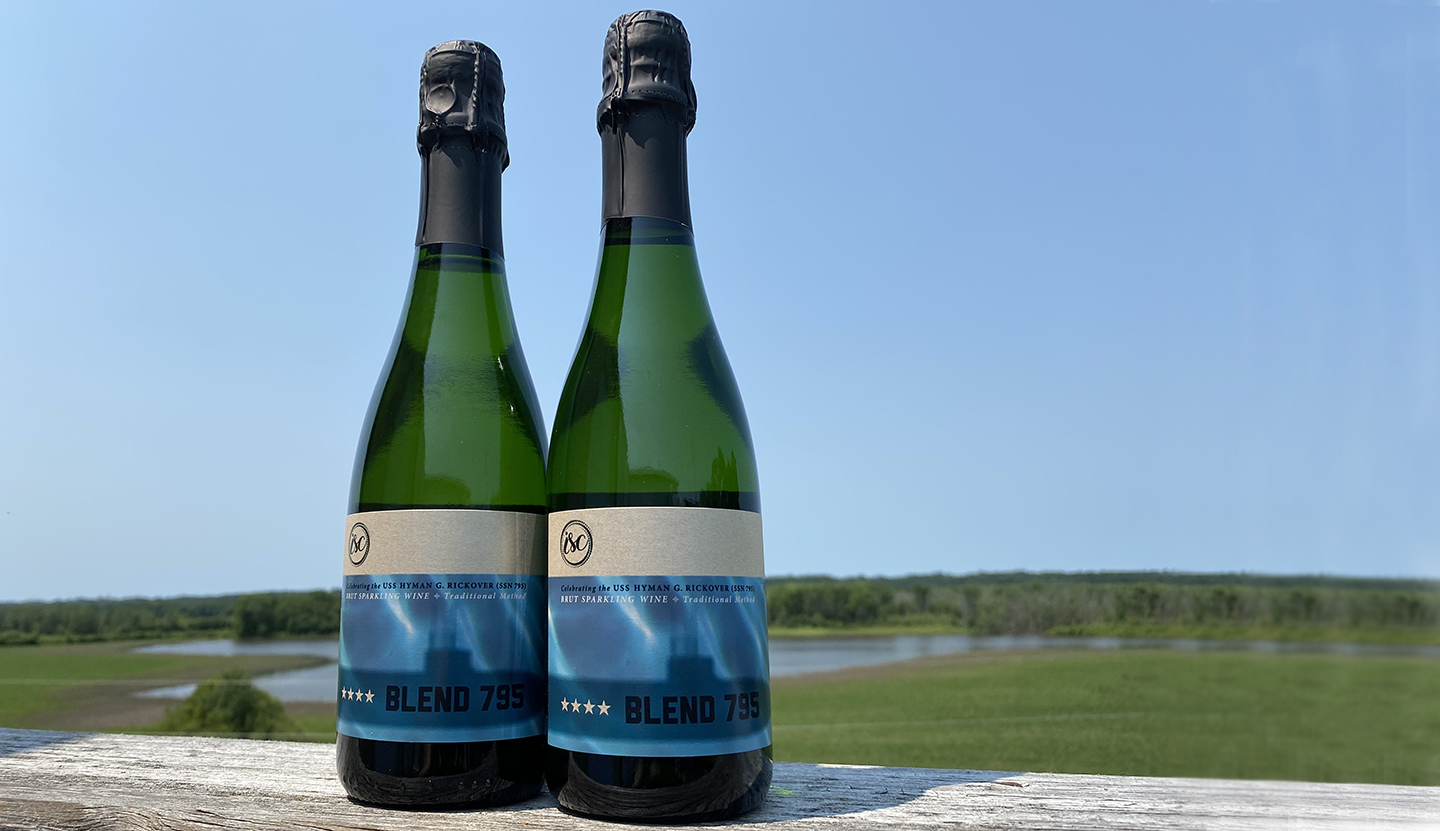 Two bottles of Illinois Sparkling Co.’s Blend 795 were shipped out to General Dynamics Electric Boat in Groton, CT, for the christening of the USS HYMAN G. RICKOVER (SSN 795) submarine. The christening will take place on July 31, 2021. One bottle of Blend 795 will be broken over the sub during the christening ceremony, and one bottle will travel with the submarine throughout its service.

The submarine is named after Admiral Hyman G. Rickover, who was known as the “Father of the Nuclear Navy.” Rickover has a special connection to the state of Illinois as he grew up in Chicago’s Lawndale neighborhood.

“We were very excited when General Dynamics asked us to be a part of this memorable celebration,” said Mark Wenzel. Mark is the winemaker, and he and his wife Teri are owners of Illinois Sparkling Co.

Blend 795 is named after the ship number. It is a traditional method sparkling wine produced at Illinois Sparkling Co.’s Peru, IL, production facility. Made from 100% Illinois-grown grapes, this crisp, brut-style sparkler has notes of lemon, brioche, and hazelnut. Blend 795 sparkling wine is available for sale to the public at the August Hill Winery tasting room in Utica, IL, as well as online at ISCbubbly.com. For every bottle sold, $5 will be donated to the USS Hyman G. Rickover Commissioning Committee, who organizes events surrounding the launching and commissioning of the submarine and provides support for the submarine crew members and their families in times of need.

Illinois Sparkling Co. (ISC) was previously honored to be a part of another special submarine christening. In 2015, ISC’s Blend 786 was used to christen the USS IILLINOIS (SSN 786).

The USS Hyman G. Rickover christening will take place on Saturday, July 31 at 1 pm EST (noon in Illinois). The christening can be watched live at: http://gdebchristenings.com/.